As administration of Original-War.net, in cooperation with YouTube channel: Livid, we would like to invite you to sign up for the biggest international Original War Tournament with cash prizes! Registration for the tournament starts on 20.01.2019-09.02.2019. Tournament rules below! 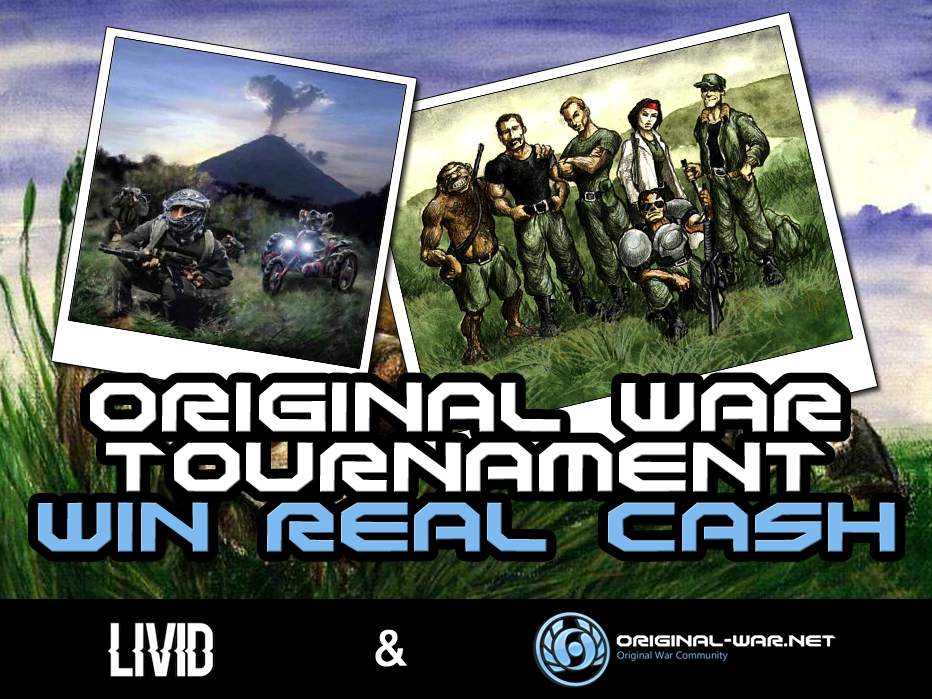 (The prize pool may increase appropriately to the new donations during live: Livid’s channel https://www.youtube.com/channel/UCXaSYY ... yOBOFK_68g. All donations will be used for rewards!)

In order to participate, you need to submit a ticket for the relevant topic in the forum dedicated to this topic. The topic can be found under the link: https://forum.original-war.net/viewtopic.php?p=55272.

Tournament rules: Tournament start date: 15.02.2019 (exact start time of the tournament will be published along with the date of the fights).

Participants willing to join the tournament must meet all of the below requirements: A valid application must have:
Last edited by zoNE on Sun Feb 10, 2019 2:34 am, edited 12 times in total.
Top

(to the three soldiers above me) Should I remind you that this is an International section of the forum AND an International tournament, and that the use of English would be much more preferable in order not to prevent anyone coming from abroad to participate into that one tournament? And, I mean, I do not think that translating "biorę udział!" to English is too much effort to ask for. Thank you very much, on behalf of the International community.
Last edited by Morgan on Mon Jan 21, 2019 4:58 am, edited 1 time in total.
Top