Your name is Cpt. V. I. Gorky and you are in the service of the Red Army. Your headquaters have just called you to participate in one important mission. You just arrived to the base V. N. Rjuter to hear the task...
. 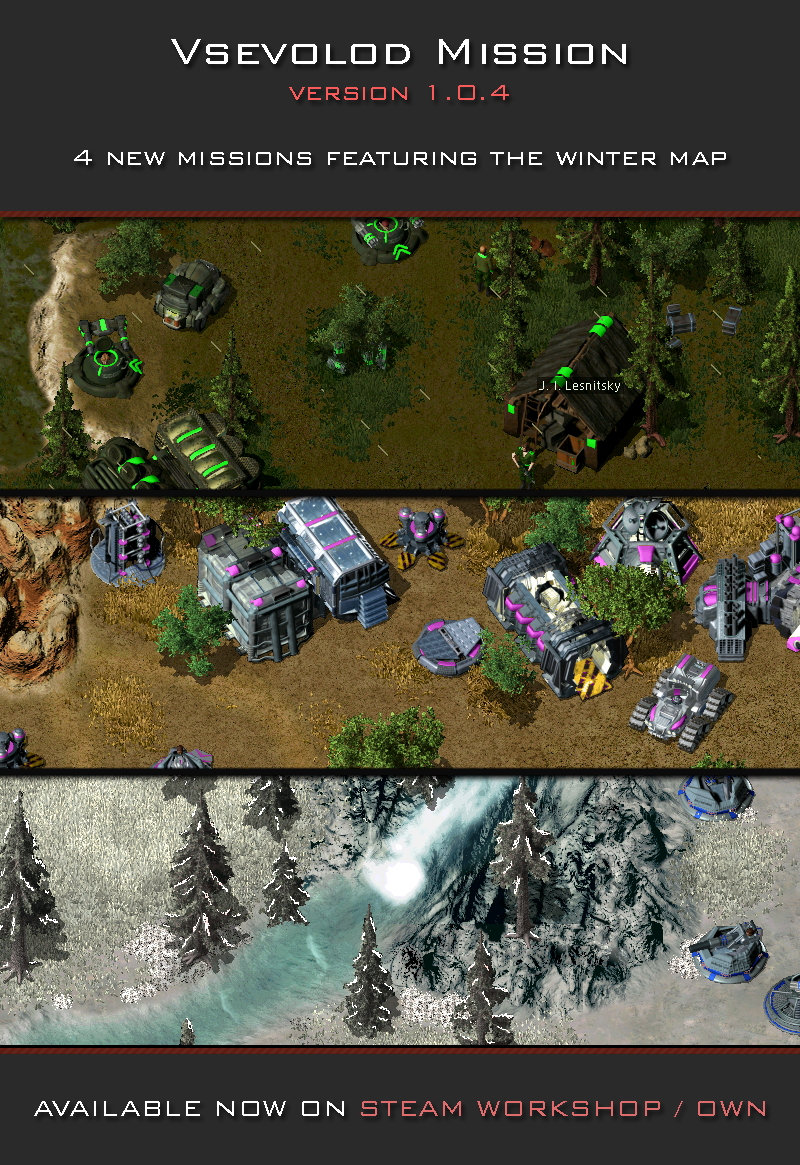 Other languages will run dialogs in English. Thanks for mod and polish support. +1 rep

Interesting features, but I wasn't expecting to win this mission with just 4 bazookas and one doc on medium. After destroying my first base, I didn't recognize that my depot is burning and noone of my people is engineer (arabian prisoner just joined my cause accidentally

). Firstly I wanted to quickly restart it, but then I took it as additional challenge as I was thinking that Talin will supply my rocket artillery with fuel, of course russian commanders are egoistic boors.. So that way I ended up raising russian flag on yankee main base with arabian in my ranks and three useless mechanics. Verdict - too easy and bloody enjoyable, will play it again on hard for sure and I don't do that often. On the other hand jumping from base to base was slowly being tedious and Talin was building too small amount of vehicles to make any progress on his side. Enemy could also take advantage of our round bases and attack from the sides. Anyway great mission, better than 3 frigging Creative mods

Edit. I saw brother playing on hard, it's looking hard and enemy was attacking from the left side once, great! What I didn't end is that enemy rocket launchers should shoot my bazookers, that didn't happen (they are on hill,lol), and two last bases should have some vehicles waiting to counterattack our attack, or something like that. Also after our depot being destroyed - lost ?
Top

It could be the foundation of the campaign about Vsevolod.
Všechny vás zabiju, vy parchanti! Všechny vás pobiju!
- gen. Arthur Powell